Come for the burger, stay to watch a drag-queen get arrested

From my perspective, there were two big reasons for visiting Hamburger Haven. First, since we had already visited Hamburger Hamlet and Hamburger Habit, it was high time we finished up this list of restaurants that combine beef with alliteration. Second, I was attempting to pull off the elusive “two-fer.” There was a Big Brother Big Sisters charity event going on, starting at 6:30, about 3 blocks from the Haven. I figured it would be easy to convince a fair number of burger tourists to stop by before the Burger Tour. As it turns out, I under-estimated the traffic in Hollywood and overestimated people’s willingness to deal with said traffic. Only 4 people made it to the event, but that was certainly better than nothing.

On to the burgers…

First impressions are important. We walked through the colorful West Hollywood neighborhood to get to the restaurant. We ended up walking through a group of sharply dressed, skinny men smoking on the sidewalk. We initially figured it was a café or bar. Turns out it was a drug treatment facility. Charming.

Second impressions are important too. So most of the crew was already there, burgers in hand, all smiling. Now we’re talking. You go up to the counter, the guy behind the counter takes your order, they take your money, and you get a playing card that they eventually announce. It’s quick (especially since the menu is pretty short) and doesn’t require too much chit chat – see the Apple Pan write up for a similar experience. Good enough.

I thought the burger was pretty good, but it wasn’t a ridiculous, bloody masterpiece. It was good fare, it was cheap, and the beers were dirt cheap. As it turns out, dirt cheap beers are almost all you need to make a Burger Tour truly successful. Well played Hamburger Haven…well played.

Oh – and the top quote was pretty accurate. The restaurant is directly across from The Abbey, a very popular and rainbow-friendly bar, and offers an interesting spectacle at night. For those of us lucky enough to hang around until the bitter end, some Abbey patron was cuffed and thrown into a cop car for stealing something. I suspect he stole the spotlight from someone, but that’s unconfirmed.

For my first burger tour, it was a decent burger with an atmosphere reminiscent of college…and the price was a plus

Fries don’t come with the burger?!?

West Hollywood men - not a pleasant site while eating

Overall a good place great for a qucik bite at lunch

Beer was a plus.

Hamburger Habit also uses playing cards to call orders - who ripped who off?

Gonna go get another beer…

1/4 lb burgers just can't quite cut it on juice

The motorcycle ride was the best part. Thanks Mike. 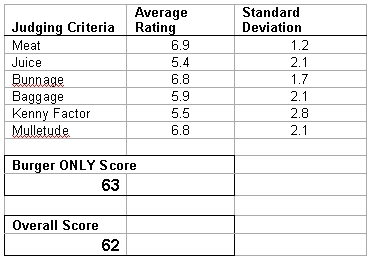 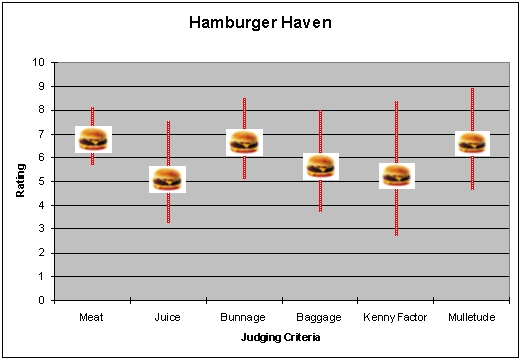