This ain’t no Starbucks that serves hamburgers...

As happens every week, there is always a lot of pressure to pick a great burger joint – my earlier picks have been “25 Degrees” the classiest so far, and “The Original Tommy’s” which are polar opposites, so what to do for this week?

...which is interesting that I take credit for it - given I still haven't turned in the write-up from 25 degrees to the website three months later...!!  In any case, I digress...

“Barney’s Beanery” – if it were possible to have a third polar opposite this would be it. It is like a sports bar, tons of TVs and the large flat HDTV’s too. When I called for reservations for 20 people, the reservationist said they would put us in the “pit” (how many restaurants have pits?).  Barney’s has a huge menu with, as claimed, 1000 choices printed on newspaper.  It is located on the Santa Monica promenade, a happening place with street performers, the homeless and over priced shops. Karaoke also started 10 p.m. which was a burger tour first. The burgers were great, easily meeting or exceeding tour standards. Our waitress was great, she was friendly and sincere and helped to pick up the pieces after a first ever burger tourist - bus boy altercation, and severe confusion with the kitchen.

After a hearty meal, several drinks and the usual burger comradely, many of us left still wondering, “Just what is a “Beanery?”.  When I got home, my first thought was to Google it (Burger Tour is now #1 on Google) but instead I thought I would go to a different source.  Since Barney’s has been around since 1920, and I couldn’t get a hold of Kenny, I figured I would try Mae Cieurzo – my 87 year old nana.  She related the following:  although she had never been to a beanery, beans used to be a staple food and a beanery was like a diner that served beans.  I guess beaneries have changed over time.  Barney’s beanery is a great time, and I highly recommend checking it out.

“Big Burger, Big Taste, this is the first time I failed to finish my burger” – Pep 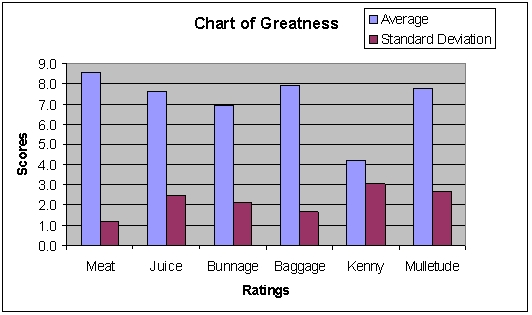